Pray for Jerusalem, the City of the Great King

We are taught by Jesus to pray in this way:

Our Father in heaven, hallowed be your name, your kingdom come, your will be done, on earth as it is in heaven.  Mt 6:9

When we were born again, we became part of the family of God.  The father of this family, our Father in Heaven, has plans for the redemption of the earth.  Peter says in his sermon to the Jewish people the day after Pentecost.

Act 3:21 Heaven must receive him until the time comes for God to restore everything, as he promised long ago through his holy prophets.

Father is planning the second coming of Jesus to reign as king over the earth.

Isaiah 32:1 See, a king will reign in righteousness and rulers will rule with justice.

Micah 4:1-4 In the last days the mountain of the LORD’s temple will be established as the highest of the mountains;  it will be exalted above the hills, and peoples will stream to it.  Many nations will come and say, “Come let us go up the mountain of the LORD, to the temple of the God of Jacob.  He will teach us his ways, so that we may walk in his paths.” The law will go out from Zion, the word of the LORD from Jerusalem.  He will judge between many peoples and will settle disputes for strong nations far and wide.  They will beat their swords into plowshares and their spears into pruning hooks. Nation will not take up sword against nation, nor will they train for war anymore.  Everyone will sit under their own vine and fig tree, and no one will make them afraid. For the LORD Almighty has spoken.

David was the person who God called to establish Jerusalem as the capital of Israel.  He conquered the city and then purchased the mountain where Solomon built the temple for memorial to God’s Name.  David declares…

Psalm 122:1,4-6 Our feet are standing in your gates, Jerusalem.  There stand the thrones of judgment, the thrones of the house of David. Pray for the peace of Jerusalem: May those who love her be secure. May there be peace within your walls and security within your citadels.  For the sake of my family and friends, I will say, “Peace be within you.” For the sake of the house of the LORD our God, I will seek your prosperity.

For the sake of the body of Messiah, the house of the LORD, for the good of the church, pray for Jerusalem. We are connected to YHVH’s [God’ personal name]plan for Jerusalem.

There is a battle raging over Jerusalem and the preparations for the King’s return.  We believers are not to be neutral in the fight to bring the kingdom to come and the will of our Father to be done here on earth.  Heaven is won, the accuser of the brethren has been cast down, and now the victory must come to earth.  Jerusalem is the place of destiny.   Our Father chose it as his city.  David’s throne is there.  Abraham was sent there to sacrifice his son Isaac.  They built the altar and Isaac submitted to being bound and placed on it.  But then our Father stopped the sacrifice and provided a substitute for Isaac.  Abraham and Isaac worshipped and Abraham declared this place to be the place of YHVH’s provision.  He called it YHVH Yirah, Jehovah Jirah.  Here all the plans of redemption will be completed.   Earlier, Abram and Melchizedek shared bread and wine, the symbols of the covenant at this same place - Jerusalem.  This is the first mention of these elements we recognize as memorials of Jesus sacrifice for our redemption.  Our Father, the one who called us by name, who adopted us into his family, has chosen Jerusalem as the center of his activity on planet earth.

Jerusalem, the City of the Great King

Acts 1:11 This same Jesus, who has been taken from you into heaven, will come back in the same way you have seen him go into heaven.”

Yeshua [Jesus’ name in Hebrew] will come back in the same way he left – in the clouds with power and great glory- and to the same place, the Mount of Olives in Jerusalem, to sit on the throne of David and rule the earth in righteousness.

Jeremiah was called the weeping prophet since he was called to serve during the rebellion of Israel and had to proclaim the destruction of the Jerusalem.  However, he was also given a glimpse into the future and prophesied its restoration.  Please read with me from Jeremiah 33.

Jeremiah 33:6-9 Nevertheless, I will bring health and healing to Jerusalem; I will heal my people and will let them enjoy abundant peace and security. I will bring Judah and Israel back from captivity and will rebuild them as they were before. I will cleanse them from all the sin they have committed against me and will forgive all their sins of rebellion against me.  Then this city will bring me renown, joy, praise and honor before all nations on earth that hear of all the good things I do for it; and they will be in awe and will tremble at the abundant prosperity and peace I provide for it.’

God has faithfully been keeping his promises.  History of restoration – some highlights

1867 Mark Twain wrote about his visit to the Holy Land describing its total desolation, dry, barren and nearly lifeless.

1880’s Russian and Ukrainian Jewish young people begin to resettle Palestine in response to persecution of Russian Cossacks and others.  They began settlements in Israel, then called Palestine, and published a newspaper called the Palestine Post to communicate what was happening with Jewish communities in Europe.

1922 World council, League of Nations, confirms Palestine is the homeland of the Jews and Britain is to oversee its resettlement by Jews.

1948 United Nations paves the way for two nations on the territory of Palestine, Israel is birthed by Jews and Arabs refuse to accept their own separate nation.  They want it all or nothing.  War of Independence results from Arab attack.

1967 Third war with Egypt allied with Syria and Jordan [6 day war] results in Israel conquering the rest of land to the Jordan River from Jordan and the Golan heights from Syria and retaining the Sinai. [Do you see a pattern here?]

1973 Fourth war with Egypt [Yom Kippur] resulting in no change in the control of territory after brutal fighting.

1980 International Christian Embassy opens and sponsors annual Feast of Tabernacles for the nations to comfort Israel.

1982 War with PLO in Lebanon results in establishment of buffer zone in southern Lebanon, the good fence.

2018 US recognizes Jerusalem as the capital of Israel and opens embassy there.

The physical restoration happening in these last 100 years is amazing, but what really excites me is the spiritual awakening also developing.    God has brought the Jewish people back to the land of the patriarchs for an encounter with Him.  We have observed a marked change in the atmosphere regarding Yeshua.  He used to be totally ignored but in the last 5 years he has become a major topic of discussion and consideration all over Israel, especially among the youth.  Curiosity is being stirred and many are genuinely seeking for the truth.

At the same time we are being stirred to pray for this awakening.

Isaiah 62:6-7  “Give yourselves no rest and give the LORD no rest until He makes Jerusalem the praise of the whole earth.”

Jeremiah 33:6-9 6 “‘Nevertheless, I will bring health and healing to it; I will heal my people and will let them enjoy abundant peace and security. 7 I will bring Judah and Israel back from captivity[a] and will rebuild them as they were before. 8 I will cleanse them from all the sin they have committed against me and will forgive all their sins of rebellion against me. 9 Then this city will bring me renown, joy, praise and honor before all nations on earth that hear of all the good things I do for it; and they will be in awe and will tremble at the abundant prosperity and peace I provide for it.”

Guiding Prayer[Tony]: Praying for the peace of Christ to be revealed in Jerusalem as a testimony to the world.

Zechariah 12:10 10 “And I will pour out on the house of David and the inhabitants of Jerusalem a spirit[a] of grace and supplication. They will look on[b] me, the one they have pierced, and they will mourn for him as one mourns for an only child, and grieve bitterly for him as one grieves for a firstborn son.”

Hosea 3:4-5 4 “For the Israelites will live many days without king or prince, without sacrifice or sacred stones, without ephod or household gods. 5 Afterward the Israelites will return and seek the Lord their God and David their king. They will come trembling to the Lord and to his blessings in the last days.”

Guiding Prayer[Elmer]:  Praying for the repentance and confession of Israel, and for

God’s grace to be received.  Praying that Israel will once again return and seek the face of the Lord.

Romans 11:15 15 “For if their [Israel] rejection brought reconciliation to the world, what will their acceptance be but life from the dead?”

2 Corinthians 10:4-5  “The weapons we fight with are not the weapons of the world, on the contrary they have divine power to demolish strongholds.  We demolish arguments and every pretension that sets itself up against the knowledge of God.”

Guiding Prayer[Tony]: Praying that the truth of the gospel will be understood in Israel through the powerful work of the Holy Spirit in and through the church.

Isaiah 12:2,3“Surely God is my salvation… With joy you will draw water from the wells of salvation [Yeshua].”

Guiding Prayer[Elmer]: Pray that we will be directed by God in heart and mind, so that we can pray according to his will from the overflow that salvation brings. 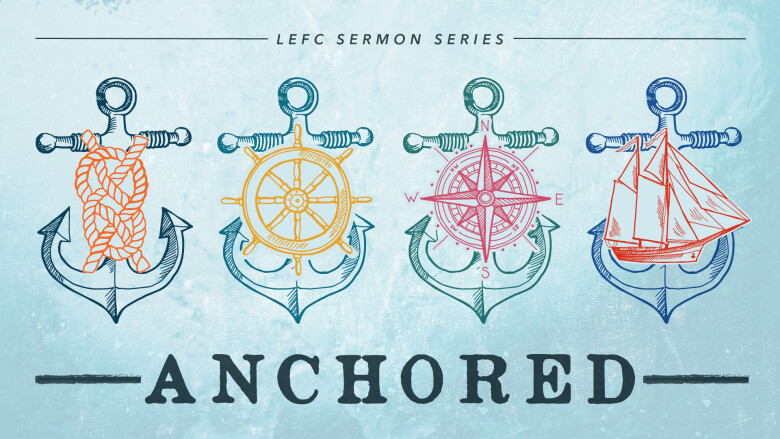 So many people are relationally or emotionally broken. Depression, anxiety, isolation, or tension become the the norm and it wreaks havoc with relationships, health, and even with faith.  This series will be addressing these issues and will help lay stronger foundations in understanding God more fully in these issues, so that we can be on a path towards healing or help others towards a path of healing of emotional and relational brokenness.