Quid pro quo. The Wall.  What truly constitutes hate speech or bigotry in discussing matters of sexuality?  Is the “gun” the problem?  Are there not constructive policies concerning guns that could be wise for society?

Many of you can go on a diatribe in answering those questions or arguing your points.

Could you as easily respond to someone who says, “I cannot stand my family they are way too religious for me.”  “I don’t get you Christians, all you do is force your views on everyone else.”    “I simply just don’t get you evangelicals or Jesus people.”  “I don’t think your Jesus is for me.”  “I think Jesus is one of many viable paths someone could choose to find peace.” “I am not sure how I am going to make it another day.” “Is there hope to be found for me or future generations?”

Battle option #2- Fight being defiled by food that violates the diet restrictions given by God and likely food that had been dedicated to idols.

Daniel chose to tolerate offense but fight defilement.  Why?

How often does the gospel, the good news of Jesus Christ, go unheard because Christians too often fight the battle of offense rather than concerned about one’s relationship with God—both you and the hearer?

Daniel wins the fight of offense without fighting.

Let Jesus’ name be the name that matters! 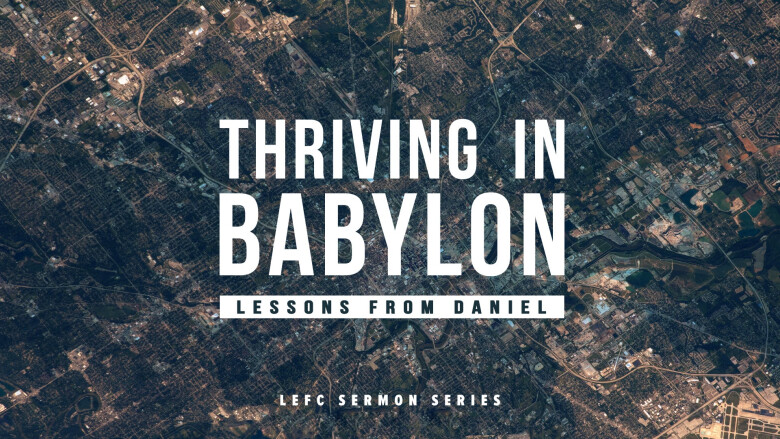 Many in America feel that our culture is so pagan there is no hope and consequently live a defeated life or a life of fear.  Daniel lived in an increasingly pagan culture yet thrived in his faith—even impacting the entire kingdom.  This series will look at how Daniel thrived in his walk with God when few others dared.