Rising Before The Dawn

Stewarding the day to day

Review:  On September 11th we began this series of the Olivet Discourse with Matthew 25:1-13 which is the parable of the 10 virgins who were waiting for the groom to come.  5 were ready and 5 were not.  The 5 wise ones knew this wait could take longer than expected and they prepared accordingly.  Meanwhile the 5 unwise ones did not plan with a long wait in mind.  In the 11th hour these unwise ones left their post to find some oil for their lamps.  They were too late, and the wedding feast began without them.  They were shut out.  Since that sermon we have been studying Jesus’ response to two questions:  When will Jerusalem be destroyed?   What will be the signs of his coming and of the end of time?

Jesus has given us many signs and charges, now he turns to parables to coach us in how to watch and be ready for his return.  The first parable at the end of chapter 24 cautions us on how we interrelate with others as we wait, for our words and deeds before others matter.  It is for this reason that hypocrisy is despised by God.  The second parable concerning the 10 virgins speaks to not presuming upon time.  We don’t know when, so we must prepare accordingly.  Now, he speaks to our stewardship of our lives during this time of waiting.  Let’s turn to Matthew 25:14-30.

Verse 14
“Again” yap- most often translated “for” but might be best translated in this case “similarly” “likewise” or “again.”  It is meant to serve as a continuation of thought from the parable of the 10 virgins.

“it” – refers back to verse one “the Kingdom of Heaven” the coming of Jesus.

- most often translated “talent” which would certainly be understood to a Jewish audience as being a bag of silver that would have weighed between 50-80lbs. Barnes  NLT is most accurate on this one.  Most importantly this meant to be understood as a possession of value.  A single talent is a lot of money as would be a bag of gold.

It is also likely that these servants had some level of a track record with the master to determine the amount they received.

Until Jesus returns, we are entrusted with what belongs to him.  (14)

Our ability dictates how much God entrusts to us.  (15)

Good stewards move forward with confidence and without hesitation.  (16)

Those who begin with less can be just as successful in stewardship as the more gifted.  (17)

The poor steward is one who has little regard for what he or she has been given.  (18)

Good stewards will be given more opportunity because they were faithful with less. (21, 29)

Poor stewards will be rejected and will not be entrusted with more from God. (28-30)

Stewarding the Day to Day

We don’t know when Christ will return, but if we steward the day to day well, we can welcome his coming joyfully. 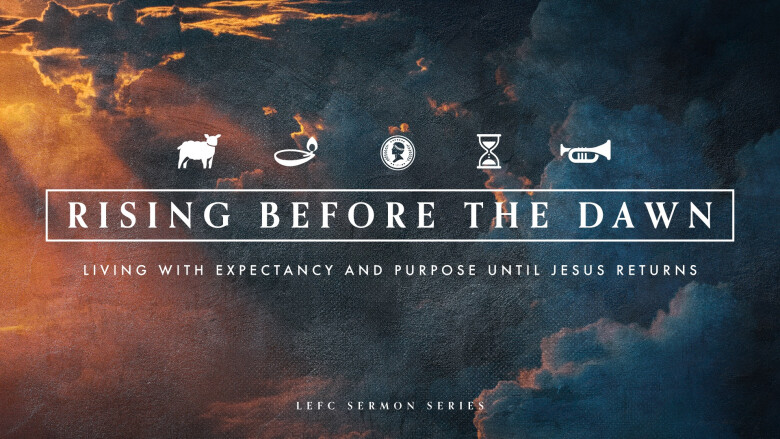 Jesus was asked by his disciples when will he return and what will be the signs of the end.  Jesus’ answer speaks to living a life of expectancy and purpose that creates joy and hope as opposed to panic and fear.